I’m a person that loves dressing up. Because of that, I’m a sucker for movies that involve a “makeover scene.” My classic favorites include a scene from the Princess Diaries movie, and another one from the chick flick Miss Congeniality. The former showed a scene of Mia Thermopolis (Ann Hathaway) undergoing a princess transformation. This was an attempt to make her look the part as the heir to the Kingdom of Genovia. Similarly, the latter movie showed a makeover scene as an attempt to put Grace Hart (Sandra Bullock) undercover as a pageant contestant.

Despite being a firm believer that the best thing to be is to be yourself, I just can’t help but find sheer fun in these glam up sessions. Usually, these movies assume that these makeovers help the characters better integrate themselves into a new world in the storyline.

When I think of bohemian, I tend to think of the beach, if not the desert. Because bohemians are travelers, I just can’t detach their concept from anything that has to do with the great outdoors. This leads me to the big question—how do you actually integrate bohemian to your daily life without looking like a lost character from a different story book?

To much of my delight, I discovered that bohemian was subjected to its own “makeover” too. With the intention of modernizing and integrating bohemian to the city life, urban boho came about. When urban is discussed in a more geographical sense, it means a place of great development with a dense number of human structures like buildings, roads, bridges and the like.

In terms of fashion, urban styling is greatly influenced by urban cultures. It’s safe to say that it refers to the modern “city look,” a fashion sense that opposes whatever is considered traditional and passé.

Lifestyle-wise, the urban lifestyle is often stereotyped to be more hectic and fast paced. This is because the goings in urban areas are often driven by exchange of money especially in terms of food, dwelling, education and even recreation. For short, one must earn money to survive in this urban setup.


What is urban boho?

Urban boho may become a very confusing term. For one, both urban and boho contradict each other in almost every single way. Bohemians, who consider themselves free people, have curated a way of life that deviates from the mainstream. They value greater things like art and present happiness and have found comfort in this vagabond way of life. Urban life, on the other hand, is the mainstream. Moreover, it is founded on practicality, earning a living, looking into the future and living a goal-centered lifestyle.

In terms of fashion, both also differ to a degree. Bohemian style clothing is very carefree and loose, while urban fashion is born from the streets; it is up-scale and modern.

So how do you exactly nail urban boho? In terms of interior design, fashion, and lifestyle, there seems to be one formula—do urban, then add a strong point of boho. What is urban boho interior style?

The bohemian aesthetic has been a rising preference when it comes to interior designing because of its “homey” charm. An interesting variation to the bohemian interior design is the urban boho aesthetic where traditional boho undergoes a polished and modern upgrade.

Most interior designers suggest to first use a modern approach for the basics, like for furniture, walls, ceilings, and even lighting. Boho is then “filled in” when the basics are established. Boho touches, in the form of wallpaper, accessories, indoor plant arrangements and decorative figurines, add color, texture, and personality to the overall assemblage.

To succeed in recreating this urban boho aesthetic, professional interior designers suggest the use of modern furniture. Commonly, these are of leather material or lightweight structure (minimalist designs are recommended). It would be best to accent the furniture with natural wood pieces (rattan), patterned textiles and tassel accessories. 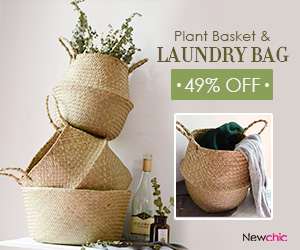 How to wear urban boho?

The formula stays pretty much the same for the case of clothing. Think of your best bohemian outfit, and then think of wearing it to work or to run errands outside. For sure, your tendency is to tone down and modernize the outfit you previously had in mind. This is the mindset we are going for.

The key is to accessorize with boho and make it the charming point of the outfit. You may opt for layered accessories, a patterned headpiece, or a bohemian style dress to go together with more modern pieces. Make the boho piece the reason why your outfit stands out without being too overwhelming. Get a little inspiration from boho chic themes too as the logic is pretty similar. Boho chic clothing is a toned-down boho variation as well.

Bohemianism is a lifestyle and a culture, and if you are one of the people who decided to make the switch to a more bohemian lifestyle, you are surely up for a lot of confusion. This is because bohemian values can be quite of an extreme, especially when you attempt to apply it to present-time conditions. Can you really appreciate “merry poverty” in a world where you have to actually earn to survive? Or is it even possible to just pursue art and happiness even with an empty stomach?

I believe the most realistic thing you can do is to embrace an urban boho lifestyle instead. It seems to be the most balanced and realistic option there is.

Curate your own way of living! Identify the bohemian values and styles that you too value and appreciate, and integrate it into your urban life. Make the best choices for yourself today!

Shall you need a makeover like Mia Thermopolis or Grace Hart, may that be in the form of a wardrobe detox or a lifestyle change, remember to not lose yourself in the process. The goal is to be better, not someone else.