The “western look for girls” also known as the cowboy outfit, is a very familiar fashion ensemble to everybody. Completed by the fringed jacket, wide-brimmed hat, and leather boots, the look has entered and left the fashion scene numerous times throughout the years.

2019 saw the western look riding back again into the fashion scene after the song “Old Town Road” by American rapper Lil Nas X, rose up the charts. The song was even awarded a diamond certification by the Record Industry Association of America (RIAA); the fastest song to receive the diamond certification, by far.

What is a cowboy lifestyle?

A cowboy is literally an animal herder working in the ranches in North America. The modern cowboy image that we know of today, began appealing to the general public after the development of the Wild West Shows back in the late 19th and early 20th centuries. These were shows that centralized on depicting stereotypes of cowboys and their lifestyle.  As a result, cowboys are portrayed in mass media in exaggerated ways, in both negative and positive light—as violent gunslingers or as patriotic and honorable men that uphold what they call the “cowboy code.” 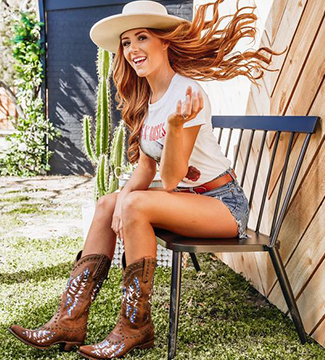 As I mentioned earlier, the western look has been observed to reappear season after season usually modified to better fit the current trends. One especially interesting modification is the western bohemian style clothing. This crossover between cowboy fashion and bohemian fashion create a very authentic countryside type of aesthetic. It has also been a rising trend when it comes to festival fashion.

What is boho-western style clothing?

There is a very unique harmony to this western bohemian fashion style. This partnership portrays a very different charm from that of boho chic or boho hippie. For boho chic and boho hippie, the two styling elements contribute opposing themes to the ensemble. In the case of western and bohemian however, they actually share a lot of similarities, enough to create a harmonious outfit, while still making both western and boho elements stand out on their own.

3 elements common to both western and boho

Both boho and western styles just seem to find great appeal in elaborate patterns and embroidery.

Bohemians consider themselves free people, and this is greatly reflected in their clothing. Flower prints and geometric patterns embellished in the fabric of bohemian style dresses is a feature that gives off a stylish and carefree appeal. Crocheted pieces are also very common additions to a bohemian outfit. Similarly, traditional western shirts featured a stylized yoke, which is a shaped pattern piece fitted around the neck and shoulders. Western shirts were also commonly designed with embroidered roses, patches made from bandana fabric, and fringes. The classic flannel long-sleeved shirt was also considered a western outfit staple.

The boho and western fashion styles were not fashion trends to begin with; both were a result of the culture and lifestyle of its people.

For the bohemians, their choice of fabric was a matter that seemed to be more about function than design. As bohemians were travelers, they preferred clothing with lightweight material, for the purposes of comfort while travelling and probably for lighter luggage too.

Much the same way, cowboys’ clothes transcended styling reasons as well. For example, they wore neckwear not entirely for style, but instead, for keeping dust out of their faces and for sweat absorption purposes. Similar to neckwear, yokes were believed to serve more than just a decorative purpose. Yokes actually served as an identifier; it was used as a way of distinguishing the riders in rodeo cattle herding contests.

The way these functional purposes evolved into fashionable trends over the years, paves way for the discovery and appreciation of the bigger culture behind these fashion trends. It is both interesting and educating. 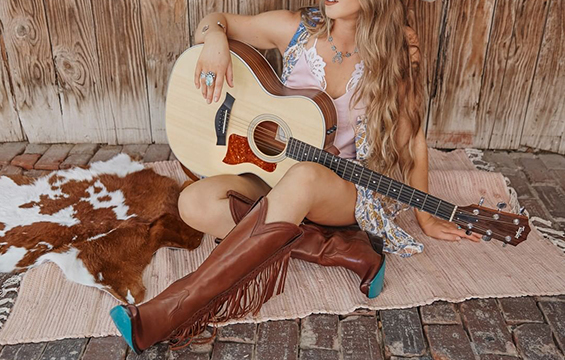 Upon studying these two styling influences, I observed a similar feel to them. However, I could not identify what that is in specific words. The closest I could get into describing this “similar feel” is by the words raw charm. By raw charm, I meant this vintage, and rustic vibe that both the western and boho styles exude. Both looks serve a similar authentic and unsophisticated finish, but in a very good and original way.

It is probably this raw charm that sets them apart from mainstream fashion. It is my best guess that the reason why these looks resurface every now and then—enduring the constant changing of trends in fashion—is because they have this distinct raw-ness, that is unrepeatable and cannot be duplicated by any other kind of style.

What is a bohemian western outfit?

Let me describe this to you through, again, a Vanessa Hudgens outfit  at Coachella 2017 (I just can’t help but go back to Vanessa Hudgens’ festival looks because her fashion sense just best communicates my thoughts!). She exactly balanced out the western style and the bohemian style in one outfit with her all-black ensemble (a nod to a working cowboy’s usual all-gray or all-black outfit), consisting of a black lacy top, a black leather belt, black shorts, and black fringed boots. She then topped this all-black look with a colorful printed kimono cardigan, an excellent finish to wrap up this western bohemian look.

I believe the key to nailing this look is being able to navigate between western and boho until you strike the perfect harmony.

Whatever style influence you choose, at the end of the day, don’t forget to indulge in the process of dressing up. Borrowing the words of John Galliano, “the joy of dressing is an art,” don’t overwhelm yourself, instead enjoy and let loose.

Start Them Young: The Boho Baby

The Story Of Boho Chic