Why is Coachella so popular?

The Coachella Valley Music and Arts Festival is an annual pre-summer music and arts festival held in the Empire Polo Club in Indio, California. To date, it is considered one of the largest, most famous and most profitable music festivals in the world.

Aside from its jam-packed lineup of famous and established artists and performers, the festival is also famous for being a fashion wonderland, even considered a trendsetting scene. Its attendees’ “festival looks” have had a big impact in the fashion scene, going as far as establishing it as a style category in its own right.

Vanessa Hudgens, a Coachella regular was even crowned by the internet as the Coachella queen, for always donning on-point garb for the occasion. Every festival season, she garners massive Instagram clout just for her festival outfits!

Even though Hudgens was caught in the middle of a controversy about insensitive comments relating to Coachella’s initial cancellation and the coronavirus pandemic, it cannot be denied that she should also be credited for the festival look that we grow to love today.

With Vanessa Hudgens serving as the festival look format, it is made easier to understand what really makes of this “festival look.” After analyzing a timeline of her Coachella glams, two elements emerged—boho and hippie. Boho hippie clothes make up the obvious—an ensemble that takes influence from both boho elements and hippie elements.

This is not the first time that boho is linked to another styling element by the way. A considerably more known-of aesthetic is boho chic (read on our boho chic article here). Boho is a very versatile element that works well with so many styling modifications. Is bohemian the same as hippie?

It is important to emphasize, that boho and hippie are not one and the same. If they were, then there is no point in a boho-hippie combination after all! Despite some similarities, there are important differences to identify. We have long-established how the bohemian style banks on the unconventional (read more about the bohemian style here). Quite similarly, the hippie movement also referred to as “hippy,” was a countercultural movement in the 1960s to 1970s. This movement aimed to reject American mainstream ways especially in terms of lifestyle. Hippies considered themselves free people, and so they developed their own distinctive way of living, leading to a distinctive “free style” taste in fashion as well. The movement favored casual and unconventional outfits that involved psychedelic colors. Common fashion pieces included sandals, beaded necklaces and accessories, vests, tie dyed garments, head scarves, peasant blouses, and long full skirts. Like bohemians, hippies DIY-ed a lot of their belongings. In fact, most of hippie clothing were hand-made, however unlike the bohemians, this was not so much for creativity, but more so, for a display of defiance towards mainstream culture.

2 main differences between boho and hippie

For the sake of this post, we will be citing differences in terms of fashion alone; this is after all, the point of this blog.

Boho and Hippie take on very different color themes.  The boho aesthetics’ incorporation of the free spirit and relaxed qualities of the bohemian lifestyle is evident in its color choices in clothing. Warm and earthy colors paired against metallic and jewel tones is very common especially since layering colors is a unique aspect of this style. Despite the color layering along with the addition of patterns, boho outfits still create a sense of harmony where all the different elements do not contrast.

Hippie styling on the other hand make use of psychedelic themes leading to a vibrant preference for color combinations. It is a fact that hippies promote the recreational use of hallucinogenic drugs. Because of this, their art and fashion make use of “trippy colors” inspired by the psychedelic experience and hallucinations following the ingestion of the drug. Psychedelic coloring is often described to be bright, bold and often contrasting. 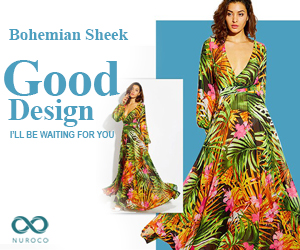 Boho looks at length, texture and movement as major aspects of their clothing’s design. Bohemians were gypsies and mostly moved around and travelled a lot. As a result, their clothes are light, functional and comfortable. For this reason, boho fashion involves loose clothing made of light material.

Hippies on the other hand, make use of psychedelic designs and nature imagery. Moreover, they embody their hippie lifestyle beyond their clothing, to include their physical appearance. It is common for men and women to keep their hair long. Men often grew their beards and women ditched body hair removal as well.

It is important to identify these differences because only then can one perfect the boho hippie fashion. It is important not to look too boho or too hippie either. The key is navigating towards the golden ration between the two style elements in order to nail the look. Vanessa Hudgens and the boho style

The way Vanessa Hudgens does it looks like a 70-30 ratio. As to what goes into 70 and 30, is a case-to-case basis. It is your choice whether you would like to lean your styling more to hippie, and accent with a touch of boho, or the other way around. Although 50-50 seems to be the ideal proportion, this might make you end up looking like a confused donkey in a crowd of festival-goers (the goal was to stand out in a good way). It would help to revisit some of Hudgens’ Coachella glams to further my point.

Way back 2013, Vanessa opted for a predominantly hippie look with tie-dye pieces for her skirt and scarf. However, she didn’t sway too far from boho either by wearing a gypsy-inspired top and layering some bracelets to accessorize.

Doing it the other way around, the year 2016 saw a more boho look from Vanessa. Her dress was clearly boho-inspired due to its flowy and flowery features. Meanwhile, she threw in some hippie accents with her accessories—bangles that sported a contrasting neon color combination.

At the end of the day, still, the best festival look amounts to 100% comfort. While styling is key, remember that festivals are crowded, often under the heat of the sun and in need of constant walking around. Make sure you still enjoy the festival for what it is—the music, the art, the people, and the energy of the crowd! Do not overwhelm yourself with the pressure of dressing up at the expense of allowing yourself to enjoy the festivities.

Dress in style but dress for comfort too. No one ever said these two factors are mutually exclusive of each other!

2 thoughts on “What Is A Boho-Hippie?”