Exploring cultures will always bring us to the topic of clothing. The way of clothing speaks a lot about the lifestyle and daily practices of its people. Similarly, in our exploration of the bohemians’ culture, we simply cannot miss out on this topic. With a great interest, the general public has in bohemian fashion, it is common to be curious about how the actual bohemians dressed up daily, before.

Interesting book about the Gypsies.
Click pic for more details!

The majority of Roma people (which will be addressed as bohemians in this article) have since adapted to today’s norms. This means most of them, specifically those in urban areas have blended in today’s crowds, especially in terms of clothing. It is also important to note that most of the once nomadic bohemians are now sedentary. With this, clothing no longer had to be made ideal for continuous travel and transient housing arrangements.

Although today’s bohemians are typically in jeans and t-shirts, their beautiful clothing culture should not be forgotten. This blog is a remembering of the original bohemian fashion before its modern spin-offs as seen today.

The fashion scene had since been inclined towards bohemian style clothing. Luxury brands like Armani and Gucci have even released collections that had obvious bohemian leanings. What draws these big brands towards the bohemian aesthetic?

John Galliano, a Dior designer believes that bohemians are free people. They exude a sense of “nomadic escapism” visibly defined in their clothing. This is what draws people towards boho-inspired apparel. Because most people live a formulaic urban life, the idea of “escape” and “letting loose” is very much attractive.

Bohemian women have long been muses for numerous fashion designs. Their colorful, partially mismatched way of clothing earned the interest of designers. The way they cared less for how they look, gave a sense of free spirit. This is what the fashion industry wants to curate—looks that scream effortless but beautiful.

What did gypsies wear?

Contrary to the modern adaptations of the ‘gypsy look’ gypsies had quite a different style back in the day. Bohemian women were commonly dressed in long colorful skirts and puff-sleeved blouses with low necklines. While a low neckline was considered acceptable, short skirts were not. Women had to wear skirts that covered their legs. They also wore jewelry made of gold. This gold is the accumulated wealth of the family. Wearing it as part of their clothes helped prevent misplacement during travel.

This long skirt is awesome!
Click pic for details!

Women also kept their hair long and in a braid. Married women were expected to wear a headscarf, but since some areas can be hot, this is not consistently practiced.

While women had identifiable clothing, men had no characteristic clothing. It was simply observed that they preferred to wear vests and loose-fitting clothes. They also wore jewelry and other bright colored apparel just like bohemian women. Moreover, white was a taboo color because it symbolized death and mourning.

A must-see about the gypsies on Prime Video
Review: 8,4
Click pic for details!

What is gypsy style?

‘Effortless’ and ‘free’ have been highlighted as the attractive points of bohemians’ clothing culture. It is important to know, however, that bohemians were not dressing as such for fashion. Instead, this was largely due to necessity. With this, it would be appropriate to say that the gypsy style is a mixture of necessity, lifestyle, and culture.

On our previous blog about the dark truths of bohemians, it was mentioned how they were often met with hostility. They were mostly not welcome in the lands they traveled to and were treated with violence. They were either enslaved or killed. Due to unfavorable circumstances, they had to continuously move around to survive.

Continuous travel no longer gave them the luxury of time to make fashion choices. As result, early pictures of bohemians show them wearing colorful and seemingly mismatched clothing pieces. Limited resources have also led to bohemians using household objects to double as apparel. Ropes and gold coins were commonly seen to double function as a part of clothing.

A lot of the bohemian aesthetic in clothing is owed to Indian influences. As genetic evidence pointed to bohemians having Indian roots, this is not a surprise.

Bohemian women were commonly seen with a draping-type cloth similar to the Indian Sari. The bohemians’ inclination towards heavy embroidery, patterns, and color has also been traced back to the Indian influence.

We go back to the time where the term “bohemian” took a more romantic and artistic definition. This may have also been the time where advertised boho trademarks began. Because “bohemian” conjured ideas of freedom and unconventionality, whatever related to these counted as bohemian as well. Flower crowns, flowy skirts, and fringed jackets were items that portrayed a raw, countryside color. This may be the reason why they have become trademarks to a typical modern bohemian outfit.

Perfect for a wedding or just a romantic mood 😉
Click pic for details!

To put things easier, achieve the gypsy style by gathering pieces that convey a raw, country, and laid-back vibe. Draw inspiration from modern fashion modifications of the bohemian aesthetic like boho chic or the hippie music festival look.

In conclusion, bohemian style clothing, like most others, draws influence from many factors. These factors include lifestyle, culture, religious practices, beliefs, and values.

Remembering the roots of the aesthetic is always helpful in gaining a better understanding of how these cultures of clothing came to be. There is always beauty in such histories. 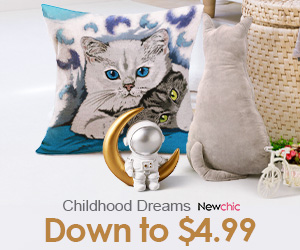