Asians have had a long history of fighting for diversity and representation especially in mass media. More recently, many Asians have successfully shifted the norm and have slowly but surely abolished the inappropriate Asian stereotype. With movies like Crazy Rich Asians, and Parasite, musicians like Psy and the boy group BTS, and athletes like Manny Pacquiao and Yao Ming paving the way for other Asians to follow suit, the Asian influence has been on a steady rise all over the world.

Even the bohemian realm has been touched by this Asian zing. Especially because bohemian has a very cultural undertone, the rich Asian culture is very fitting in integrating itself into the aesthetic.

Asia is the largest continent in the world, making up approximately 30% of the world’s total land area. It is also home to the oldest civilizations and therefore cradles the richest of cultures as well.

Asia consists of many different countries with culture and history unique to each. With this said, it would be impossible to round them all up to a general “Asian culture.” It would be a disservice to the rich culture these countries hold. While Asian cultures truly are unique, it still is possible to spot some similarities. This is may be brought about by the years of trade and interaction between these civilizations. 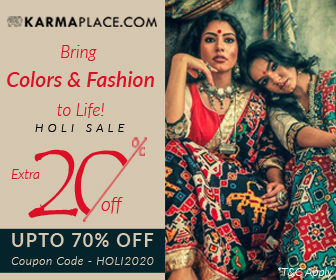 Asian cultures although differing to some degree, usually have a collective nature. Collectivistic cultures emphasize group identity and the importance of prioritizing the achievement of group goals. In terms of style and appearance, collectivistic cultures regard individual appearance, preferences, values, and beliefs as a reflection of the individual’s family and entire lineage. Therefore, deviating from the group’s norm was then considered worthy of shame and disgrace. This may be the reason why traditional Asian art and fashion seem to have a formulaic appearance.

This collectivistic culture has also imposed on an individual’s way of life, especially in the practice of religion. Religion played a big part in the cultures of these Asian countries. As a result, art, architecture, clothing, and lifestyle choices are linked to some religious identity. For example, traditional Chinese landscape painting also typically involves the depiction of a mountain. Especially during the Han Dynasty, mountains symbolized a connection between the earth and the heavens, linking humans to the spirits. Similarly, ancient Japanese sculptures were mostly derived from worshipping idols of Buddhism and Animism (Shinto).

Due to these collectivist cultures strictly imposing the wide and regular practice of these traditions, these influences have endured the passing of the times. As a result, traces of these rich cultures can still be widely recognized today, especially in the form of distinctive symbolism.

Just like how elephants are attributed to Thailand, henna tattoos to India, and rattan furniture to Southeast Asian countries, many Asian cultures are easily identified through these symbols. It is through these symbols that the bohemian style draws much of its Asian inspiration from.

In terms of interior design, Asian accents are commonly used to add a bohemian feel to the design.


The bedroom interior above borrows some Asian accessories and the choice of yellow as the accenting colors. Using the color imperial yellow was an attempt to remain consistent in this Chinese-themed aesthetic. Imperial yellow was considered the Emperor’s color. This particular shade of yellow that almost imitates the hue of gold, was the color used in the imperial jackets of the Emperor, his guards, and other high-ranking officials. It was considered a prestigious color.

Other interior designs make use of Japanese accents and Southeast Asian touches too. The picture below shows a traditional Japanese folding screen called Byobu. The byobu was an irreplaceable piece in every traditional Japanese home and was used for as a decoration, and other functional purposes too. The boho chic aesthetic leans close to this styling because these cultural accents make for very elegant and classic touches that further polish the initial bohemian style (the same goes for boho chic clothing).


On the other hand, the picture below follows a more tropical aesthetic, usually influenced by Southeast Asian cultures. The choice of rattan-made furniture and the use of a potted plant to wrap up the look reflects an interior design common to places like Bali Indonesia, and the Philippines.


Do boho trends come from India?

Boho fashion is a harmonious link between Western and Indian styles. In terms of bohemian style clothing, a lot of cultural elements draw great influence from Indian culture. The bohemians were first believed to have come from Bohemian. However, strong evidence points towards bohemians being of Indian race.

Some of these traces can be observed in heavily embroidered bohemian pieces, sari-inspired fabric and other jewelries.

Boho has derived so much styling elements from different cultures. All these countries, India especially, have truly birthed what we now identify as the Asian bohemian style. Most importantly, we must learn to appreciate and give recognition to the different Asian cultures behind the aesthetic. This is more than just dressing up, it is also about cultural recognition where it is due.